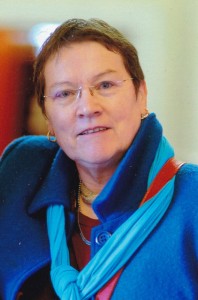 As a mature student I entered St Patrick’s College Maynooth in the early 1990s.  In 1995 I completed an MA thesis under the supervision of Dr. Dympna McLoughlin at NUI Maynooth. The title of this work is ‘Cumann na mBan.  Redressing the balance.  (Removing the story of Cumann na mBan from feminist discourse and placing it within mainstream history of Ireland 1900-1926).

In 2003 I completed my doctoral thesis at the National University of Ireland Maynooth (NUIM). The thesis is a wide ranging study of ‘Women activists in Irish republican politics 1900-1941.’ My work does not examine these women through the narrow lens of feminist or gender theory. I am a social and political historian, and my writings places the story of the women who participated in the revolutionary period within the rigid socially conservative society in which they lived, in the early years of the last century. To do it otherwise is to marginalise them from the national political narrative.

My research and work also examines what happened to them after 1922 and shows that within the severely fragmented Republican movement of the 1920s and 1930s the uncompromising differences within their own ranks played a significant role in their political demise.