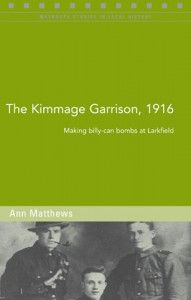 This is the story of the men of the Kimmage Garrison, who formed part of the vanguard of the Rebellion in Dublin in 1916. The garrison comprised of approximately 90 men who were members of the Irish Volunteers in Scotland and England. The book redresses their absence from the canon of 1916 and establishes where they belong within the historical narrative of that week. The men began to arrive in Dublin in late 1915 and lived at the Larkfield Mill in Kimmage where they worked making ammunition for the forthcoming Rebellion, effectively setting up a manufacturing facility for the making of bullets, pikes, and bombs in billy-cans. Their statements to the Bureau of Military History give a unique perspective on the events of Easter week, as they were involved in the initial attack on the GPO, the battle of Sackville Street, and the retreat from the GPO.