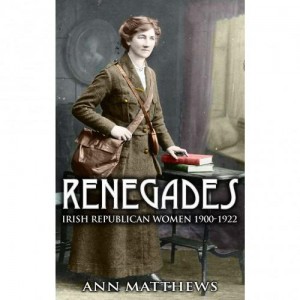 Renegades is a comprehensive account of the tragedies, triumphs, politics and conflicts experienced by Irish women during the country’s War of Independence and the split in its ranks over the Anglo Irish Treaty in early 1922. It will shock and possibly disturb any with romanticised views of their role in this period of Irish history because the reality of the abuse of women within the general population by both sides in both Wars is absent in most histories of the period. But this war on women, which manifested itself in the form of physical and sexual assaults, meant that many women suffered a terror that was not confined to armed conflict.